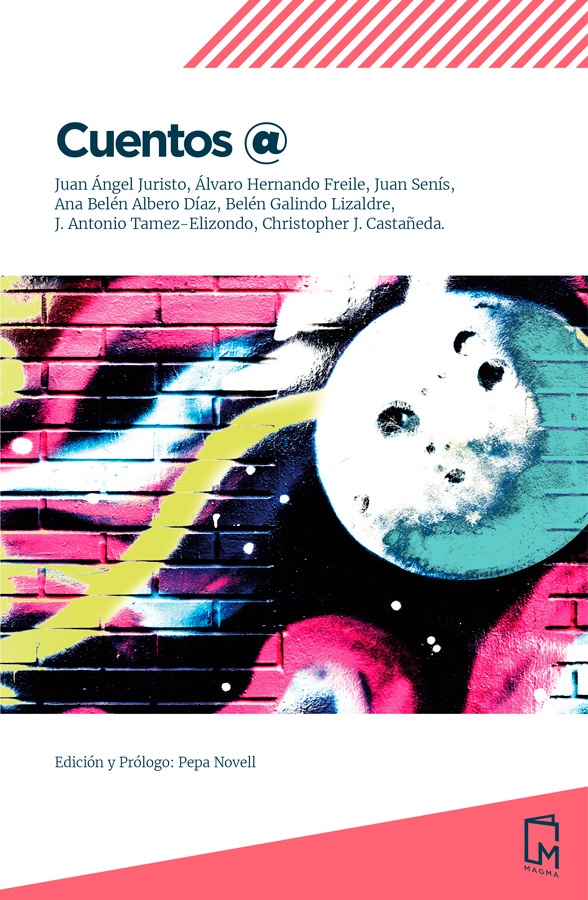 @ Stories groups six stories that show some uses of the “at” sign to delve into the heterogeneity of a symbol (@) that has become an indispensable element in our society. Some of the inhabitants of this cosmos without borders are: a writer and biographer who discovers the value of the weight of an arroba and the astonishing truth of an unsuspected past; a group of friends and colleagues who hide behind the anonymous @s of a chat in which anyone can be what they are not, or pretend to be; a university professor who needs the magic of @s to take off on a transformative journey; a young man who hides behind the @ of an email that does not know the time factor; an anonymous citizen weighing the common generic of a species or descriptive @ for a coming civilization; and a faculty committee that evaluates the incomprehension of a @ against the oppressive engine of strongly felt roots.

The characters and voices in these stories reflect on the power of an @ beyond its internautic function to cross the barriers of the apparently absurd and crack the solidity of everything that seems chimerical.