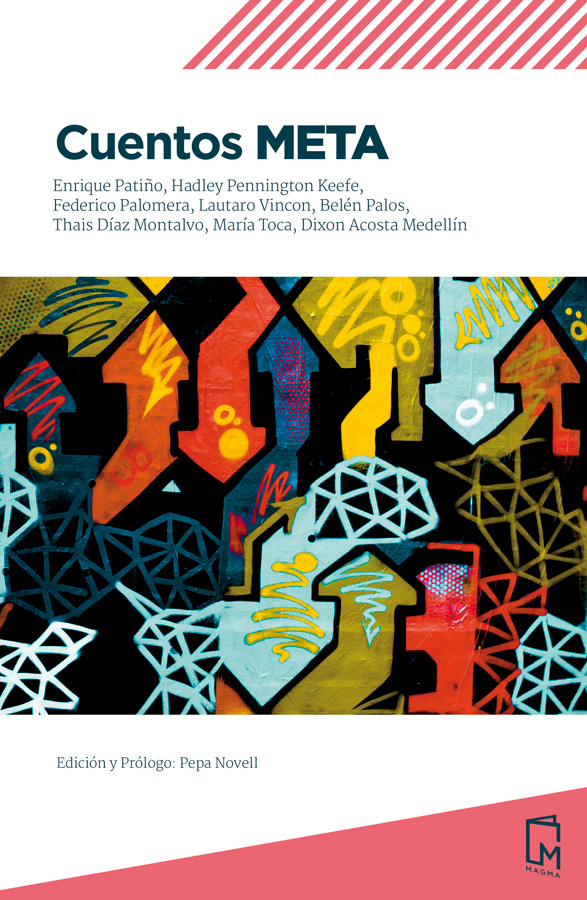 Is the goal the beginning or the end? Is the goal sequel or consequence?

META Stories brings together eight narrative voices that transform realities, invert solutions and reconcile results with objectives, so that the purpose of their actions exceeds their own expectations. Some of the inhabitants of this playing field are: an ambitious journalist and an anti-establishment revolutionary planning known theories on outdated models; a perfect couple who decides their own path of perdition; a Russian teacher determined to beat the winter cold in postwar Spain; a young woman who finds a peculiar way of transmuting her family reality; a dressmaker's apprentice who in World War II Paris amends wrappings and fabrics; a mother who is reborn in a story already written; a woman who prefers to live to imagine, and for whom an outcome is reconstructed; and a man who learns the true meaning of not scoring a goal.

The characters and voices in these stories pose new challenges in the extremes of a biographical journey in which the beginning and the end are part of a process of knowledge.