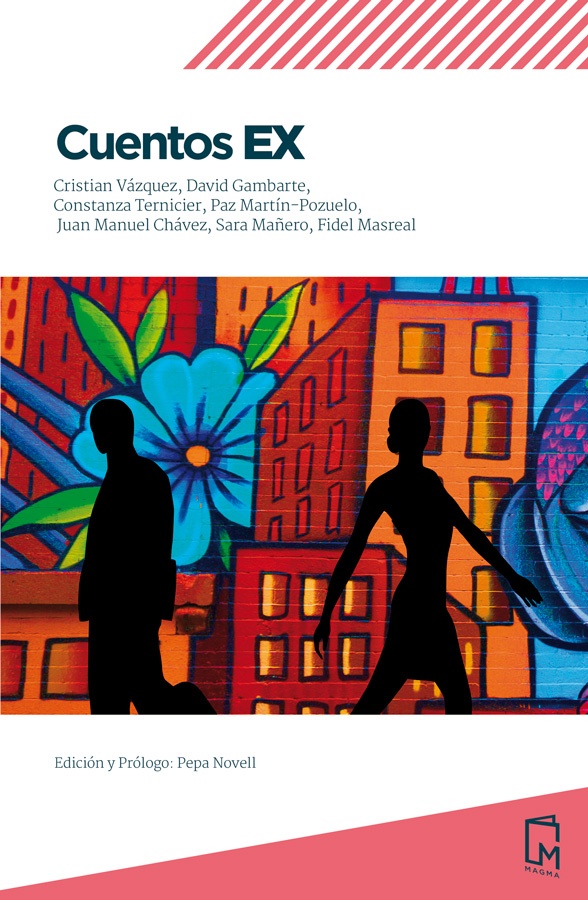 Who is not EX of something or someone?

EX Stories brings together seven stories of encounters and disagreements that deliberate on the exceptionality of the routine and the spontaneity of the extravagant. Some of the inhabitants of this world of eccentricities are: a group of friends and acquaintances who settle their differences to find an exact moment and dissolve their opinions in the immensity of the unknown; an individual who excavates the banks of a foreign river while opening intimate underground galleries; some anonymous subjects who exclaustrate to demolish fears, demolish doubts and freely know themselves; a lady who exonerates an instinctive desire by giving a feeling oral form; a young man who accepts an absurd eventuality and learns to live with his bad luck; a man who excuses his wishes from the anguish of repetition or abandonment; and a pain-free poet idolized for penetrating uncertain abysses.

The characters and voices in these stories exceed the limits of their own magnitude in search of an emotion, the jolt of which gives them the chance to explain themselves from a new exegesis.