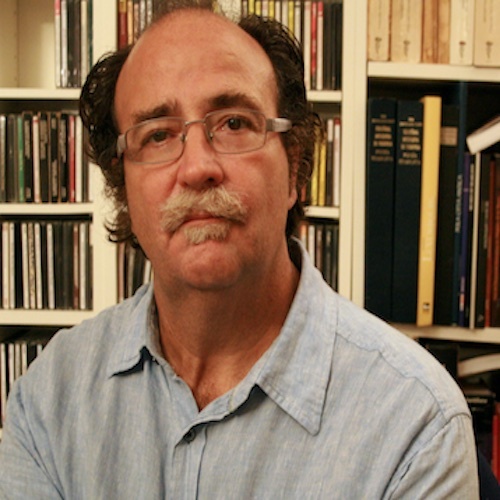 Jorge has a doctorate in Hispanic Philology from the Universitat de Barcelona and is a professor of secondary education.

He has published manuals on Spanish language and literature in collaboration with other authors, as well as an edition of La Celestina aimed at high school students.

His interests have focused on the poetry of the 16th century and the theater of the Golden Age. He was a researcher for the Manos Teatrales project at Duke University, focused on the analysis of theatrical manuscripts.

He publishes a monthly article on literary criticism in the digital magazine Las nueve musas.

He is the author of the poetry book Breves fragmentos rotos contra el cielo (2014) and co-author of Un veterinario en la nieve (2017).

Jorge is the author of “El complot” (“The Plot”) in Bi STORIES.